Influences reality to behave like a Dr. Who episode

Amie is Bina's roomate. When she wakes up to Kendra and Elizabeth assembling a Time Machine in their living room, she hops in at the last moment.[1]

Amie has been a Dr. Who fan since she was six years old.[2]

Amie acts out partially because of a strict mother. Her mom has not yet seen her new haircut.[3]

At first is reluctant to take time-travel things seriously, but when she sees real deaths it becomes a bit too real and awful.

More recently she has started to accept the bizarre realities of her gift, and perhaps behave a bit more responsibly when the fate of the world is on the line.

"I don't even know if I have a power! You guys keep talking about it but I dunno if I have it! I can't control it! I don't glow or anything, I don't even always know when it's happening."[5]

Amie's gift draws from her love of the Dr Who series, no doubt fueled by the sudden appearance of literal time travelers in her living room.

Despite Team Bina's initial assumptions, she plays neither The Doctor, nor The Companion in her own manifested fanfiction. As Emmie points out, she's not even qualified to be the tin dog. In fact, she has much more in common with a non-recurring extra.

Emmie found this gift so cruel that it convinced him there could be no peaceful resolution with The Botfly.

She seems to believe the city is run by the mob.[6]

Amie may be bisexual. She also may have been joking.[7] 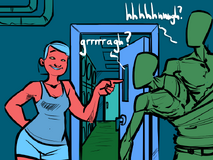 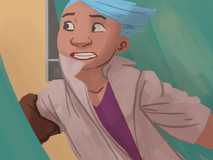 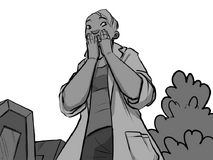 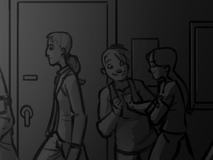 Add a photo to this gallery

Retrieved from "https://all-night-laundry.fandom.com/wiki/Amie?oldid=926"
Community content is available under CC-BY-SA unless otherwise noted.